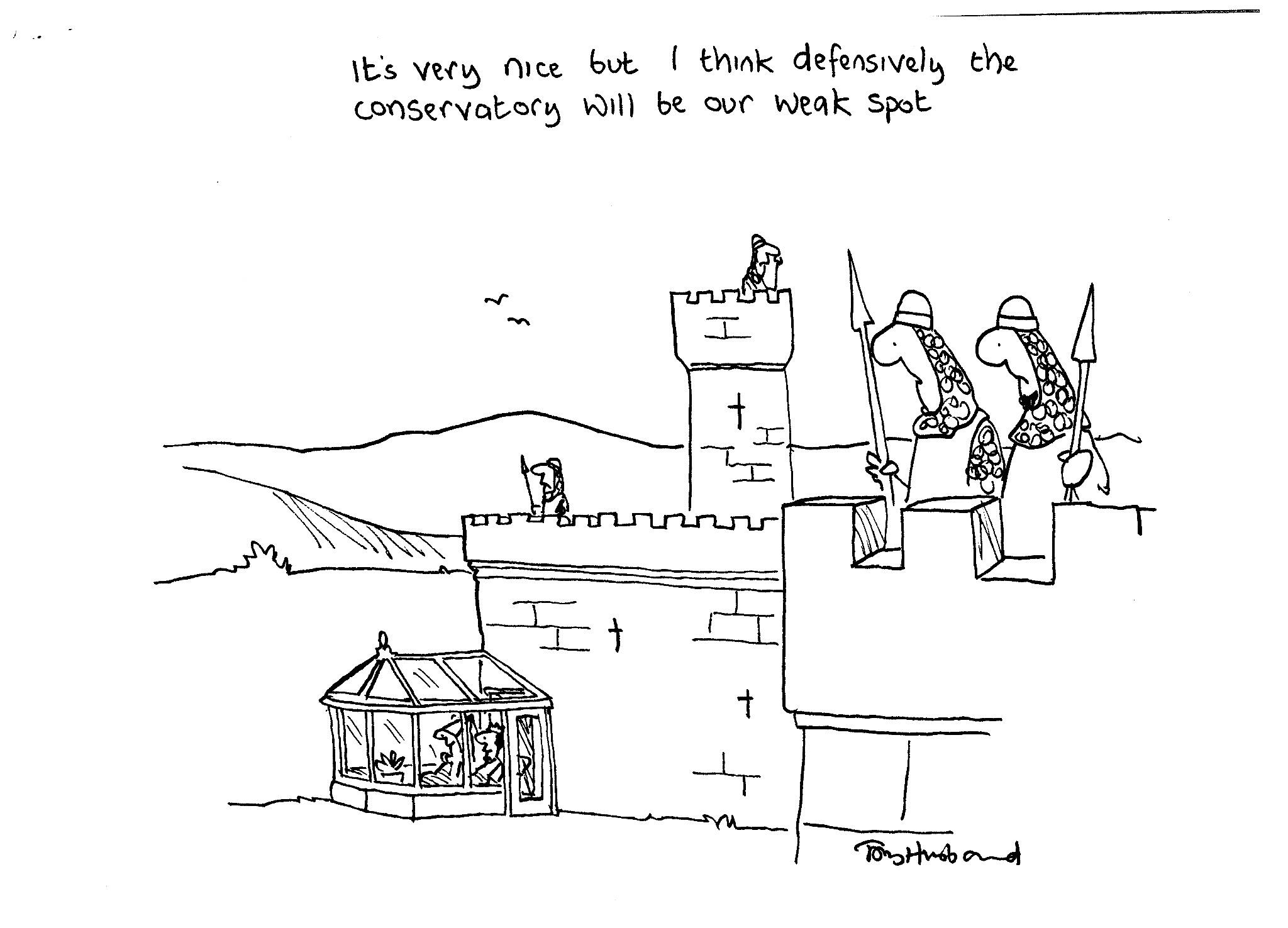 From the St Gobain debate

Speaking in support of the motion, James [Gross] highlighted that “Government support needs to stay the course, not waver in the face of the inevitable cat calls of the NIMBY ‘haves’.” He also suggested that political parties should be encouraging competition for garden city status.

Our opposing speaker, Ian [Tant], did acknowledge that garden cities “are an important part of the solution to the acute shortage of new housing in England”, but amongst his challenges raises the issue of the length of time that it takes to deliver new homes.

So that’s the only point at issue, Garden Cities, like all other major blocks of housing, take a long time.  So if thats the only issue lets get on with them as quickly as possible.

You swiftly discover a problem with the explanatory power of modern neoclassical equilibrium models.  The price levels of all of the key economic variables are unanchored.

Unemployment, multiple equilibria are possible, only one of which is a full employment equilibria.

Inflation.  The overall price level is unanchored as the numeraire of the equations (money) is considered neutral.  Hence a revival of a form of neo-monetarism, this time focussed around the fiscal position of the state which is presumed to be the key influence on the money supply.

Interest.  There is widespread agreement in both orthodox and heterodox schools that the interest rate can be set by fiat at any level you want

So any of these variables can be at any level, as is the level of  growth – the only endogenous variable left – operating through technology ‘shocks’.

Though any of these four variables can in theory be at any level  a variety of theories try to explain the relationship between them, often with very poor predictive value.  Often the only point at issue is whether public policy can solely operate through the interest rate channel but can also operate through fiscal influence on the employment and inflation variables.

What is more striking is that this unanchored view is largely shared by heterodox economist, whose main difference seems to lie in a belief in endogenous money, but with little agreement on how this effects the inner wiring of the macroeconomy.  Most heterodox theories adopt an equally unanchored approach to these key macro variables.

This is in striking contrast to the original classical ‘surplus’ view of economics where the explanation of interest was a very simple one.  If a cow had an average of a certain number of calves a year, these cows had a probability of survival and the yield of milk declined by a certain amount a year you could work out the interest rate.  If you sowed x seeds on land a year and got y seeds yield you could work out the profit rate and hence the interest rate necessary to invest in this and yield a profit.  The first case is more complex to calculate than the second and was never properly worked out mathematically till well after the era of classical economics had concluded.

Lets introduce money into the mix.  If one accepts, for the sake of this thought experiment only, that money is long term neutral on price levels then the minimum rate of interest will be set purely by this physical productivity.  What if is not neutral, then future prices of seed or cows will be affected, then you simply discount those prices back to Net Present Value and that sets your rate of interest, it should make no difference to the proposition that physical productivity sets a minimum level of interest.

Of course  simply because a dollar now will return 1+x% dollars in the future does not mean that people will invest it.  A dollar in the future is less useful than a dollar now, especially when we choose to use money as a store of value.  Hence time preference and liquidity preference add a premium to the yield curve.  This means that when the liquidity premium is high investments have to be more profitable to be undertaken, investments at a lower rate of return are not undertaken.

These factors determine in total the demand for leverage, for new loans, the supply of these loans is determined by the balance sheet position of banks. by their past accumulated profits. This price level, which intertemporily sets an entire yield curve, sets a real baseline position to which the monetary authorities must react. In reality they have very little discretion.  The fiscal position of the state  sets the net level of aggregate demand which the monetary authorities must react to maintain their mandate of price stability.

In this modernised surplus view it is physical productivity and limits of supply which set future projected profit yields based on projected yield curves. The influence of money is to alter the flow of spending and investment and the valuation of investments at all points of the yield curve based on the rate of interest.  Real and monetary factors together determine economic variables through the intertemporal pricing structure of real variables.

If real variables and the production of money are the drivers what is the relationship between there input levels and the output levels of levels of prices?  The classical hangup was to treat this as a linear system – you have x inputs and you got out x+y% outputs.  The problem was once you included interest you  got a non linear relation.  If you has a linear increase in one factor input, such as labour, you got out a non linear result, because of the effect of interest rates on different prices at different points in time.  This led some to doubt if values could be derived from physical inputs such as labour.  Bohm-Bawerk went down this track but fell into the same trap (it was the objective theory simply turned on its head in terms of causality without fixing its flaw), seeing capital and interest as the driving force rather than labour with interest being set by an ‘average period of production’ a physical variable.  A theory which fell part when it was found out (by Wicksell and others) that this, like labour, had a non-linear relationship to interest rates.  Sraffa’s workaround was simply to abandon time and money altogether, then you could make a linear system of inputs and outputs work. Oddly the same atemporal approach is taken in the neo-classical Cobb Douglas production function – you take a infinitely small snapshot in time with factor prices in aggregate (as Anwar Sheikh has demonstrated) being set at that point by national accounting identities – saying nothing about the dynamics of those factor prices.

However the solution to the non-linear relationship between physical inputs over time and output prices was known in the 17Th Century and offers a simple and elegant – though nearly forgotten – solution.  It was discovered independently by the scientist Halley (of comet fame) and the merchant -politician De Witt (of the novel Black Tulip fame) who worked out formulas for pricing annuities, investments that yield a set income every year till they mature.  From this you can work out the price of a perpetuity, an annuity that lasts forever, which always have a non infinite price providing the interest rate in none zero as future yield are always discounted and to infinity reduce to a limit.  It was James Mill, after Ricardo’s death, who realised (in the seond edition if his principles) that the perpetuity formula solved the problem that had vexed Ricardo to his death, the relationship of the physical input of labour to value, not a linear relationship but a nonlinear one with inputs of capital in the future.  If one applied the perpetuity formula to future inputs of labour substituting capital then all (discounted)  capital inputs can be equated to physical labour inpout today.  If capital was above this price you would make extra profits through substituting labour and vice versa, it cannot be other wise.  Hence, in a none linear form, the labour theory of value survives for all produced (non-scarce) inputs, as Montebank Longuefield, and later Torrens realised persuading James Stuart Mill that Torren;s own youthful objections to an objective theory of value were flawed.  It was for this reason, and not intellectual arrogance, that James Stuart Mill famously said all outstanding questions in the theory of value had been solved, they had.  All of the problems of interest, depreciation and capital had been worked through (especially by Torrens).  They hadn’t worked through the math but they knew of the mathematical method.

There was never a ‘transformation’ problem of inputs to prices, merely a calculation problem of how to weigh physical inputs buy future interest rates.  It is only a problem if you remain trapped in a linear reference frame. Arbitrage conditions exist if prices are other than this discounted labour price.  The equilibrium price is the price of maximum profit at that interest rate.  The own interest rate of a process  is equal to the returns on capital advanced from the  physical productivity of the process discounted at the current interest rate minus the discounted future stream of interest payments and payments to retain capital value (from depreciation).  The market interest rate is set by the distribution of equity between banks equity and firm equity, if the financial sector returns are higher bank profits will rise they will attract more equity and lend more, production financing will be at a premium and money interest rates will rise, and vice versa.    This can be shown graphically with a LP (lending power), RL (required leverage) curve plus a liquidity premium.

In this way we can see that the monetary economy ultimately sings the tune of the real economy.  This is not to say that money is neutral, as spending increases monetary velocity, incomes and hence real investment.