The Lobby group Urgenda has won a case in the Dutch Supreme court on human rights grounds and the dutch government has adopted its plan to halve dutch energy use by 2030.

The groups plan is based on an industry sponsored energy transition model, for now is only available in dutch but an English translation will be available in a few weeks.

It contains headline grabbing initiatives such as 50% of all journeys under 15km being made by bicycle, reducing livestock hers and giant offshore solar farms.

Watch this pace as to whether other governments adapt  ready made plan, or are forced to adopt it by the courts.

The inspector made reference to a review of the literature which considered the link between decisions made through the land use planning system and human health (Land Use Planning and Health and Well-being, Hugh Barton, 2009), which concluded that the relationship is multifaceted and that any link between the two, especially in urban areas, is highly complex. Obesity is a ‘wicked’ problem, he noted, where one policy intervention is likely to have positive and negative consequences. He agreed with Barton’s analysis that the relationship between the health of citizens and the urban environment is one fraught with complexity and difficulty. Nevertheless, he considered it undisputable that there was an obesity problem amongst children in the area, and that in too many cases this would continue into adulthood. He also found it undisputable that food from hot food takeaways is generally very high in salt and fat, and that such establishments were found in high numbers in the area and were used frequently.

The inspector concluded that whilst the proposal would deliver some benefits the harm that would be caused to the health of the local community would be significant and was a matter of overriding concern.

This decision makes me uncomfortable. There is no clear evidence from the literature review of a spatial correlation between school locations, takeaway locations and health.  Almost every planning problem is a wicked problem, however for an issue to be a material planning consideration there has to be some kind of demonstrable spatial relationship.  I.e. the firther distance from public transport the more people will drive.  here there was none.  The inspector was making a general observation over health.  They were being a health and morals regulator.  Not there job.  Beyond their powers.   What does PINS training say about this?   On the basis of the inspectors logic all chip shops should be banned.

Planning reports that an inspector finds that a council has no 5YHLS because of depressed development rates from the Covid crisis.

Many LPAs wil replay if th crisis has an impact on the supply side so will it on demand.

Many will argue the housing need hsnt gone away, just the ability of mny households to afford new housing.

The department needs to think through the impact.  There is now a risk that EVERY LPA will fail the housing delivery test.  That would be ridiculous.

The department needs to be consisent.  What is the aim?  If it is to hot 300k a year, by when and what means?  If the intention is to give a short period of grace but still signal get on with it in  terms of long term targets then say so.

A sensible balanced policy would be to extend temporarily to 7YHLS in 2020 and 6YHLS in the Planning White Paper, but signal that the revised OAN method will still seek to  ensure that household formation is now suppressed by low housebuilding.  this will require a staged approach.  Pressure getting stronger over time with the housing delivery test applying only to the worst performers now and giving moderate performers time to increase housing in local plans, including the elephant in the room, overspill need from the major cities.

Probably the best model we have for setting the parameters for the ‘new normal; is the Donut model of Kate Raworth, which I wont repeat here. 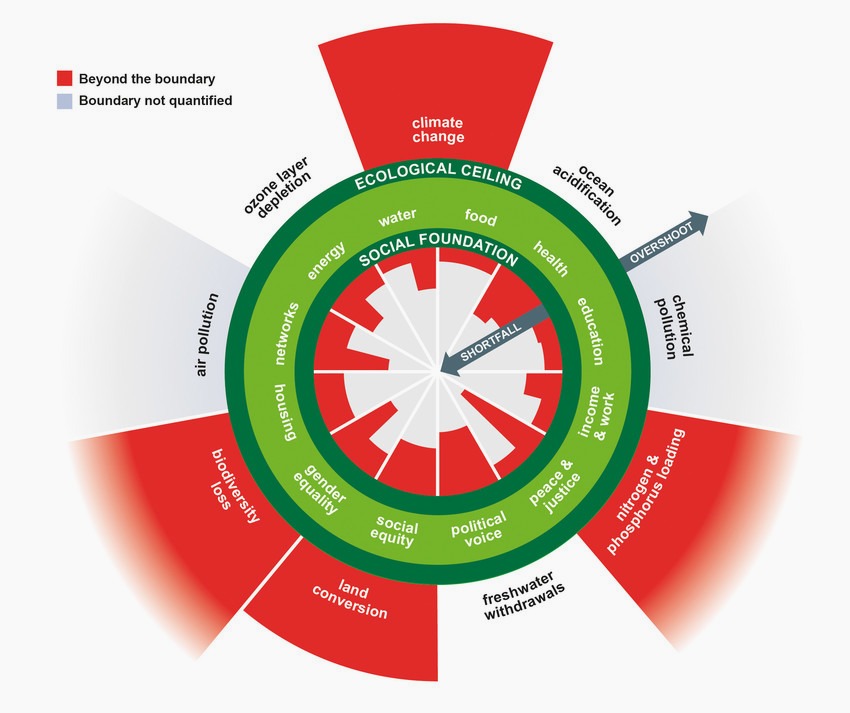 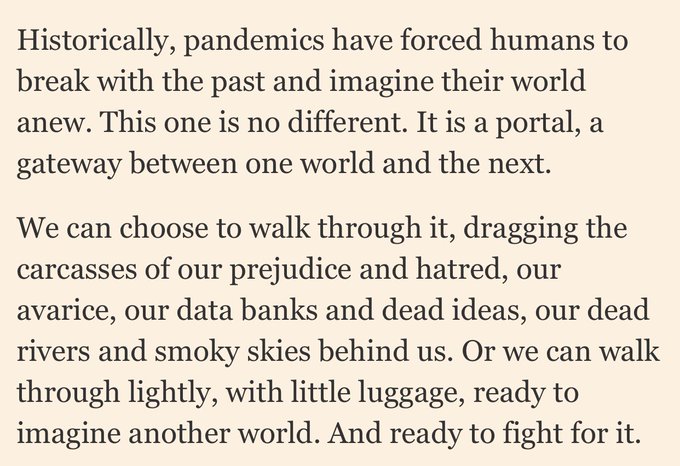 The title of this post is a deliberate nod to the book ‘When We Build Again, Lets Have Housing That Works’ by Colin Ward.

Planning goes on from staff homes, but lets be clear nothing will ever be the same again.  The biggest shock to the global system since the second world war should similarly see a rebuilding of basic structures and institutions – such as planning.

No one knows the long term impact on the economy and factors such as household formation.  There is plenty of evidence from history that there will be a dramatic boost to economic growth in the recovery period from a supply shock and that housing and planning must have the the flexibility to rapidly upscale.  The exact forecasts don’t matter – the same people are around requiring the same homes.  In the aftermath to the second world war the debate was not around whether we needed x or y million homes but how many homes we could build per month.

What kind of England do we want to plan for?  What is the Post-Corona planning settlement?  We have no Abercrombie plan but the parameters we need to follow should be clear.  The priorities should be clear, rebalencing England, realising the potential of northern cities, realizing the potential of high tech clusters, rethinking town centres, providing city region zero carbon transport networks, meeting international pollution obligations,  reclaiming the biodiversity desert our countryside has become with landscape scale initiatives, linking the infrastructure we need in the National Infrastructure strategy to housing growth, dealing with the overspill of housing need from major cities.  This is what the planning white paper should be about.  All the procedural stuff should be in a dull technical appendix. What matters is a planning for our time.  If the white paper doesn’t even consider these our responsive should simply be taking a photo of the waste paper basket it is consigned to and telling the department – sorry try again – don’t you know we live in different times.

On our streets streets that have not met pollution targets for 20 years are now clean.  The goats and boars come down from the mountains now its is safe.  Similar to the rethinking of priorities in the Netherlands in wake of the oil crisis of 1973 the shock to the system will cause us to look to post oil times.  These are clean, low carbon and healthy times.  Why should we ever go back to the old ways.  Just close roads to keep it that way until we can develop the vehicles to run on them that meet targets.  We have proven we can reduce emissions and pollution by people working from home.   It is not a given that we have to go back to the old car dependent planet destroying hard to breathe ways.  Lets just imagine what planning would be like to maintain an overnight transition, rather than inch our way to failure over 30 years.   Reality is a giant thought experiment, showing it can be done.

Steve Quartermain has announced his intention to retire.  His post has been advertised and he has probably issued his last chief planners letter. I don’t ‘know his last day.

At a time of revolving doors for senior civil service members he has stayed a remarkably long and turbulent time, over a decade..  Like Jim McKinnon the retired former Scottish chief planner I hope its just the start of a new career.

Civil servants job is to implement what ministers want.  In this period Ministers have wanted some remarkably dumb and counterproductive things, many of which like the abolition of strategic planning have had to be undone.  No civil servant can be judged for that.  What his main achievement has been is keeping planning alive, and planning advice respected, at the very top of government.  He is universally respected, liked, nay loved, and I count him as a friend.

I do regret the abolition of the post of Chief Planning Adviser – in the past held by the likes of David Lock and Peter Hall.  The duel role of civil servants, advising on best practice and implementing change, often run counter.  Having strong independent voices reporting directly to ministers, as scientific and medical advisers have shown, is an essential check and balance.

Who will replace him?  Who knows? The post is open to international applicants, though when we will see our first Rob Lowe of the planning world I have no idea.  It would be great if we did have a candidate who understood how zoning and subdivision systems worked, or even how to do strategic planning now a whole generation of English Planners think strategic planning consists of sitting in a room of your peers from other authorities, whom you hate, and producing nothing for years