Although many complicated interpretations of the NPPF decision rules have been advanced over the years the courts have increased developed the ’tilted balance’ doctrine. over various complicated other approaches.

In the absence of relevant up to date development plan policies, the balance is tilted in favour of sustainable development and granting planning permission except where the benefits are ‘significantly and demonstrably’ outweighed by the adverse impacts or where specific policies in the NPPF indicate otherwise.

This is underlined by two instances where the NPPF uses the term ‘Great Weight’ no less than 6 times, when their is Great Weight  on one side of the scale and not yours you cant usually win – simple.

Appeals often focus on two environmentally protective Great Weights, AONB and Heritage Assets.  Even where the harm is less than substantial harm to an heritage asset which might itself not be of the highest  category then recent appeals, especially recent SoS appeals, suggest they will lose.

A good example is an SoS appeal decision today on Chiswick Roundabout.

Overall, the Secretary of State disagrees with the Inspector at IR12.164, and finds that the moderate weight to be attached to the benefits of the appeal scheme in terms of housing provision, workspace provision and economic benefits, are not collectively  sufficient to outweigh the great weight attached to the identified ‘less than substantial’ harm to the significance of the above heritage assets. He considers that the balancing
exercise under paragraph 196 of the Framework is therefore not favourable to the proposal

In other words a single building by itself is unlikely to outeigh Great Weight.

support the development of windfall sites through their policies and decisions – giving great weight to the benefits of using suitable sites within existing settlements for homes; (NPPF para. 68C)

Windfall sites are by nature mostly small and scattered.  Their public benefits come from their cumulative public benefits rather than their individual ones, in achieving urban intensification.  This presumably was what this NPPF section was getting at.  Why therefore was it not referred to once i the inspectors no SoS letters, why did they put their finger on the balance?

The 2016 – Based Household Principal Projections for England were issued shortly after the completion of the LP hearing sessions in September 2018. The projections indicate that household growth in Wycombe has slowed significantly and that the number of households shown in the 2016-based household projections is approximately 40% lower than that shown in the 2014-based household projections. Additional evidence presented in respect of this matter indicates that should the OAHN be revisited in light of the latest projections it is likely to result in a reduced housing requirement for the District20
.
.However, there are some doubts about the reliability of the 2016-projections and their reliability for plan making. Notwithstanding this, the PPG on HEDNA makes clear that the household projections are only the starting point for establishing a housing requirement figure. For these reasons and having regard to the importance of boosting the supply of housing, it would be unjustified to revisit the Plan’s evidence base and delay adoption of the Plan in the light of the 2016-based projections

In terms of making progress towards a zero carbon future there is a clear path head for decarbonising energy emissions and transport emissions (on roads if not by air or sea).  The big unknown is heat which currently is now 80% supplied by Gas.

There are basically two choices – as the National Infrastructure Commission stress – Heat Pumps or re purposing the gas network towards hydrogen.   The first higher benefits, the latter lesser.  I think the latter makes sense for three reasons.

As new style strategic plans are produced around the country a key question each will need to answer is what will be the zero carbon source of heat for all of these strategic growth locations and new communities?   Currently there is no clear answer.

Another issue is whether current Co2 energy producers will be forced to ‘keep it in the ground’ an issue which makes many in the middle east fall asleep in a cold sweat.  Though I think heat pumps are the long term solution the main advantage of a bridging technology of re purposing Coal, oil (to gas via syngas) and Gas (LNG then regassified) is it gives Russia, China and the Middle East a reason to invest to maintain their markets.  I cant see anything more dangerous geopolitically than a zero carbon future where the economies and infrastructure of Russia, China and the Middle East are wiped out.

The key technological piece in the jigsaw puzzle is what you do with the Co2 which is the byproduct of syngas hydrogen from Coal, Oil or Gas?  You can store it underground but it makes much more sense to use it commercially.  A small amount can be used to make carbon fibres and plastic, you can use it to cure concrete, but natures way is to embed it in plants such as trees, if those trees are then used for building materials which are ultimately recycled it is a carbon sink.

Imagine a LNG/Oil terminal – like the Isle of Grain link to a regassification plant and pipeline to Coryton North of the Thames (a former oil terminal becoming the Thames Enterprise Park) where there is a cogneration CHP plant feeding hear and power to the several garden communities to the North that will emerge in the South Essex Plan (as well as Basildon and Southend) – the wast Co2 is then fed to ‘vertical farms’ glasshouses up to 15 storeys high, growing vegetables using the ‘dutch methods’ or fast growing bamboo.  The bamboo then being processed into laminates using the Cross Laminated Timber (though grass here) method.  In one stroke we have a zero carbon material to build the Garden Communities and a more than sufficient compensation for the limited loss of farmland to build them.  Surplus bamboo can be burnt anaerobically and carbon fixed in the soil as biochar.  As a result all hydrocarbon based fertilisers can be phased out in a generation.   This is known as Quadgeneration

What is more is providing a secure market for there products investors in the gulf would be queuing up to invest in the infrastructure; and as an extra bonus the syngas process can be used as the elusive  means of storing surplus renewable power through acting as the energy input to the syngas process.

The Thames Estuary is the only part of England with the port access, hydrocarbon infrastructure and strong housing demand (as well as good soils)  to make this work. 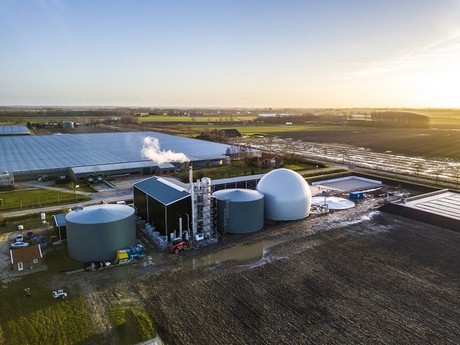 The recommendation said ‘alongside satisfactory progress being made on resolving issues in the emerging Local Plan, work on a subsequent Local Plan shall commence, strengthening climate change considerations’

I.e. they keep the current local plan examination, and the inspectors have confirmed by letter that unless they raise soundnes concerns they can’t reduce the housing numbers by main modification, and uin parell work on a future plan which is already of course going ahead anyway across Oxfordshire.  In otherwords a fudge (a word mentioned 13 times last night I fiind through twitter) making it look like your reducing housing numbers when the very predictabvle government response to teh growth deal knocks the idea back.

A COUNCIL will ask for time to decide if it wants to change a critical housing plan but keep £218m of key Government infrastructure funding.

In the latest twist as South Oxfordshire District Council seeks to pass its Local Plan, its new Liberal Democrat/Green coalition was accused of ‘fudging’ a decision by opponents.

The coalition swept to power in May promising to scrap its unpopular Local Plan but now it has said it needs more time to decide what to do.

It said it wants to ensure £218m that would be spent on improving infrastructure in and around Didcot is not lost.

South Oxfordshire council’s cabinet member for planning, Leigh Rawlins, told a packed meeting it ‘wouldn’t be sensible to make a knee-jerk decision and crash on’.

The coalition has said it also wants to build an appropriate number of new homes. But it believes the need for about 28,000 that could be built in the district before the mid-2030s is unproven and far too high.

The decision leaves potential planning sites at Grenoble Road, Chalgrove Airfield and Culham up in the air for at least a few more weeks.

The council will now seek to get county council and Government reassurance that the £218m in Housing Infrastructure Fund (HIF) money will be secure regardless.

The county council, which has led the bid, said it wants to sign it off in September.

District council officers had urged councillors to continue with the current Local Plan, which seeks to build on several contentious Green Belt sites. But 20 councillors to 13 voted to try to keep HIF money and delay the plan.