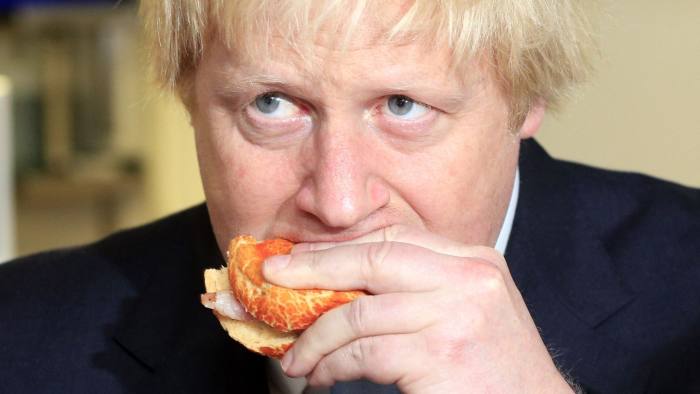 We are writing to you to ask if we can have our cake and eat it.

We understand this is your favorite pastime and so you should be sympathetic.

We want to keep the growth deal and reduce the housing numbers.  As a result you will be able to claim you are supporting housing growth but without the brother of Nimbys voting against you.

What is more we understand cake eating fortifies you to hunt unicorns, we intend to look for some nice unicorn zero carbon  sites outside the Green Belt and close to Oxford where people wont drive to them.

With spectacular timing one day after the Cherwell inspector made points 3 and 4 moot – If you want to tackle a climate change emergency you have to minimise development distances to Oxford and meet Oxford’s settled need in full.  South Oxfordshire know they cant win this one and are just looking for a scenario where they can blame Boris and/or try to pull out a mythical unicorn site.

Note this very confusing recommendation talks about a new plan but does not resolve to withdraw the current one, which only full council can do.  Of course the panel of inspectors will ask what this means, it means nothing it is political posturing designed to make it look like they are withdrawing the local plan while keeping it as a back up plan.  It is very likely that the joint Oxfordshire local plan will be carbon neutral by design, just like the Greater Cambridge Plan, no point in working on two future local plans.

The current draft plan was ready for its final stage, going to a government Inspector for approval, just before the local elections in May. But the new administration, now led by a coalition of mainly Greens and Liberal Democratics, wanted to take a fresh look at it in the light of the council having declared a Climate Emergency, and possible changes in Oxford City’s Local Plan regarding its housing numbers, and other concerns.

At it’s meeting last night, July 11, Cabinet agreed the following recommendation to full Council, members of which will consider it at their next meeting on Thursday, July 18, 2019:

“That the Council:
(1) express its determination to maintain its housing land supply and avoid speculative housing development;

(2) express its continued support for the Housing and Infrastructure Fund (HIF) funding and the proposed infrastructure projects that will be delivered by it;

(3) ask officers to explore with Oxfordshire County Council, the Ministry of Housing, Communities and Local Government and Homes England options for protecting the HIF funding whilst enabling the council to address concerns about the current emerging Local Plan 2034 including (but not limited to) climate change issues and Oxford City’s unmet housing need, and to report back to Cabinet and Council;

(4) recognising that the Climate Change Emergency is all too real and is recognised to be of key and statutory importance under the Climate Change Act 2008 and the associated objective of “zero carbon by 2050”, express its wish to do all that it can to respond through the Local Plan process;

(5) agree that as soon as practicable, alongside satisfactory progress being made on resolving issues in the emerging Local Plan, work on a subsequent Local Plan shall commence, strengthening climate change considerations.”

Any new plan will be subject to a public consultation before it is re-submitted for inspection.

South Oxfordshire district councillors will tonight be asked to request whether it would be possible to keep £218m of government funding and change its controversial Local Plan.

But the Conservatives lost control of the authority in May. Since then, a Liberal Democrat-Green coalition has urged caution on approving thousands of new homes which they have said are unnecessary.

South Oxfordshire council will seek to ‘protect’ £218m from the Housing Infrastructure Fund – which could ‘unlock’ 13,400 new homes – while also agreeing to reverse work done by the previous council on its Local Plan.

An insider candidly claimed the authority is seeking to ‘kick the can down the road’ so Lib Dems and Greens can decide on more palatable housing sites over coming months, while keeping government money.

But it is unclear what any delay to South Oxfordshire’s Local Plan would mean for the Growth Deal. Some officers have said they worry the government could ditch it entirely if conditions are not met.

If they decide on a new site outside the GreenBelt the inspector is likely to favour South of Grenoble Road and they will get the new settlement anyway in the joint plan – just like Strateford on Avon District which got two for its pains of dithering.