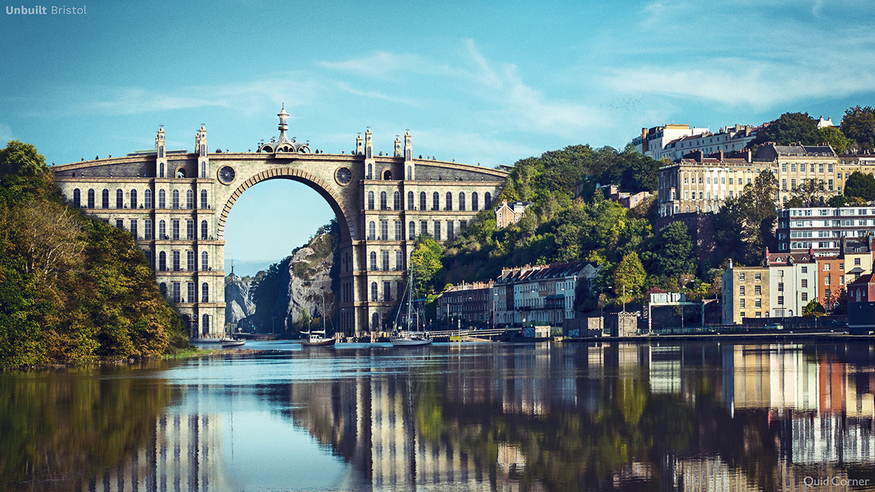 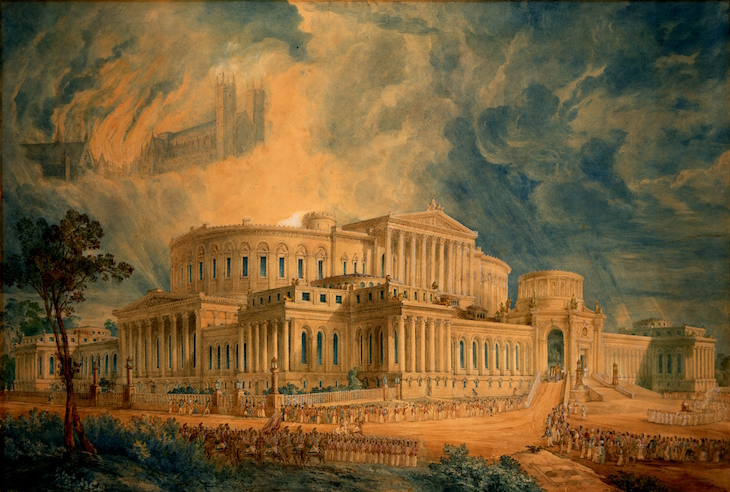 JM Grandy’s Plan for the Houses of Parliament 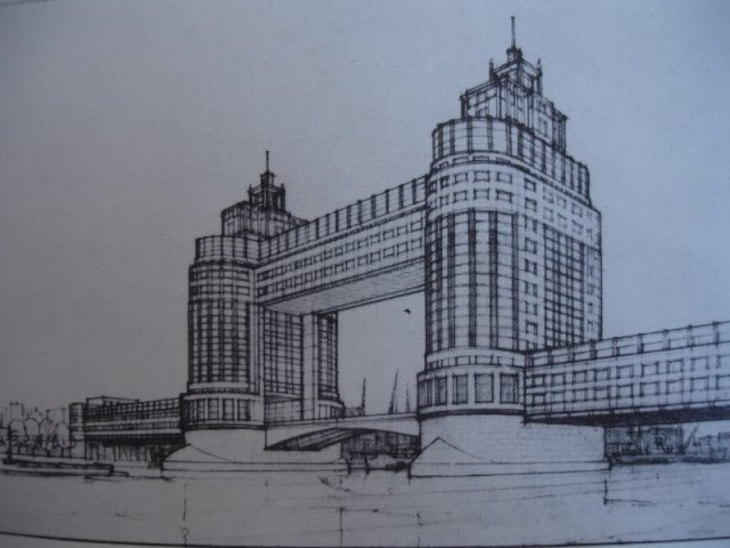 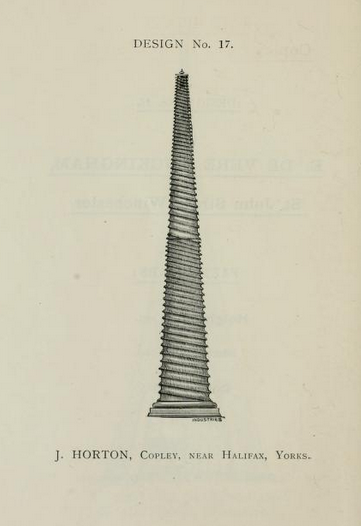 Design for the Great Tower of Wembley 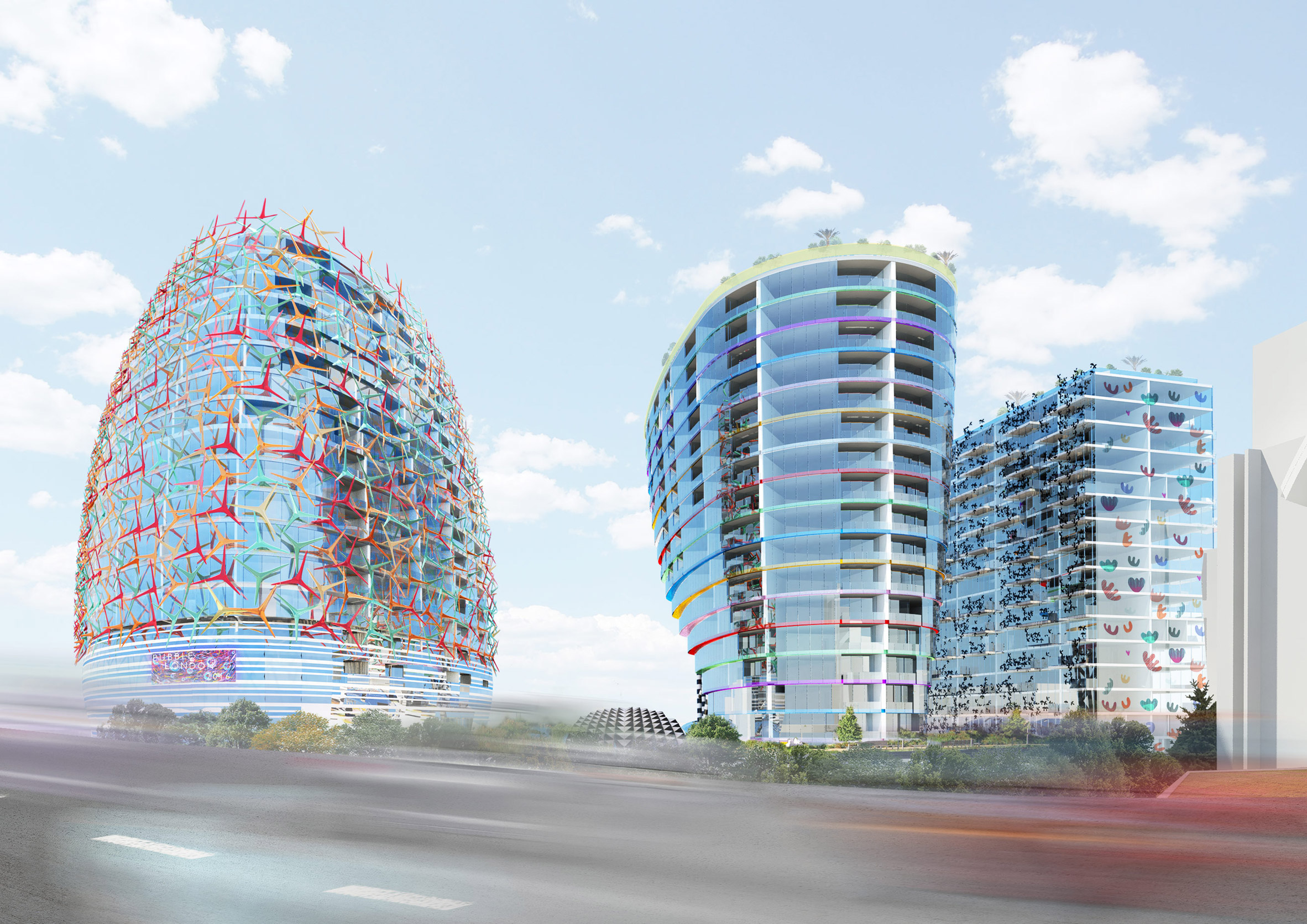 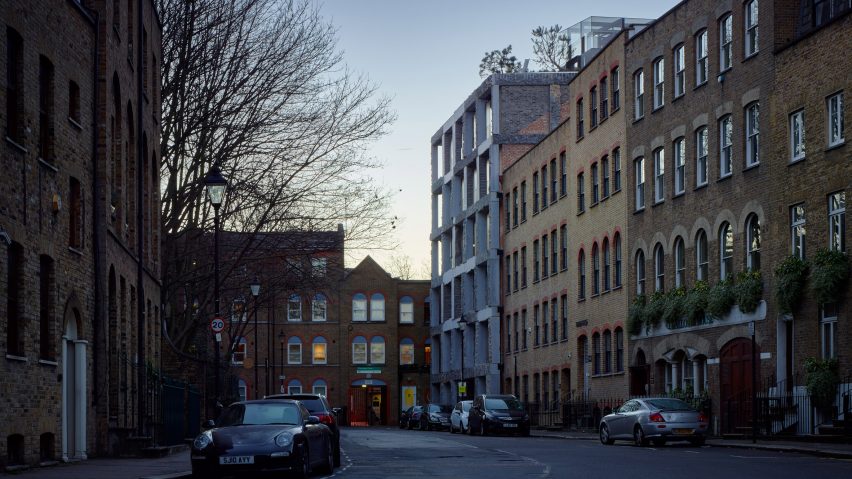 Boris Johnson asked Grimshaw to jazz up its re-design of London Bridge Station when he was mayor of London, it has emerged, with him suggesting the studio add “gargoyles along the front”.

Details of the intervention were revealed on Twitter by Grimshaw partner Mark Middleton, who said Johnson called the design “too boring”.

“My Boris Johnson story,” tweeted Middleton, amid the media storm over news that police had been called to Johnson’s home after a loud row with his partner Carrie Symonds.

“Whilst Mayor of London he criticised the proposed elevations of London Bridge Station as too boring,” Middelton wrote in the tweet. “We presented as he sat slumped in a seat with his feet on the table & suggested we embellish them with a row of gargoyles”

During these meetings, the then-mayor called the elevation plans “boring”, and suggested that the brickwork arches should be covered with gargoyles to make it more interesting.

This was delivered,  Middleton told Dezeen, while Johnson had his feet on the desk of the presentation room.

Johnson is currently one of two candidates in the running to become the leader of the UK’s Conservative Party and therefore the prime minister.

The two meetings Middleton had with Johnson and the Greater London Authority (GLA) were more of a “courtesy” he said, as the designs had already been given planning permission at this stage.

“At the first meeting he kept asking why it wasn’t like [London terminus] St Pancras, why didn’t it have a big roof?” said Middleton.

“We didn’t get into the aesthetics of it. He couldn’t accept that the space underneath was a grand space,” he added. “He kept giving me a lesson on [Victorian architect] Gilbert Scott.”

At the second meeting, where Grimshaw Architects presented the elevations, Johnson responded negatively to the design.

“He walked into the room and put his feet up on the table, leant back in his seat with his arms folded,” said Middleton.

After the presentation, Middleton and his co-presenter invited questions.

The exchange continued with Middleton asking Johnson to clarify his position on the gargoyles.

“He was chuckling to himself, and all his colleagues were chuckling away to themselves,” Middleton said.

“It felt like you were in second year at school and you’d been brought into the sixth form common room, and the head boy was having a laugh at your expense,” he said.

“It’s entertaining, I didn’t dislike him. He just doesn’t listen and comes in with an idea or makes something shocking up to stir the pot.”

If you are elected on a platform of restraining housing growth in South Oxfordshire junking the local plan examination and rewriting it (as cabinet look likely to recommend this Wednesday) would seem an entirely counterproductive choice based on the evidence.

So by any rational analysis (as in the officers report) it would be a crazy thing for a housing restraint supporter in  a new administration to do, as Council leaders in Uttlesford and South Cambs in similar positions have already decided.  So why does the leader of South Oxfordshire Council propose such a counterproductive and crazy course?

I think the answer lies in the dynamics of opposition ism to the Corridor ‘project’ in Oxforshire and the feeling that it can be blocked.

“People invest themselves in the homes, communities and landscapes where they live,” Devine-Wright [Exeter Geographer] said. “That investment creates a deep reservoir of emotional attachment that can become anxiety and psychological distress when something rears up and threatens it.”

“It’s like playing Whac-a-Mole,” [Alex] Baca said. “No matter what you propose, they’ll tell you that if it was just a little bit different, they could support it. But then you come back with the changes they asked for and they find a new reason to fight it.”

Baca sees the increasing ugliness of public forums as a manifestation of the widening generation gap among progressives.

“The boomer generation came of age at a time when neighborhoods were fighting back against highway expansions and power plants,” Baca said. “To them, preserving their neighborhood is progressive.”

Oxford is a fairly progressive place.  Residents of Oxfordshire are used to campaigning on no end of issues.

The decision by the government to announce the corridor as national policy with a 1 million housing target a road and a railway, but no follow through on where avin g itb all top local councils, created an immediate opppositionism, reflected in the recent elections.  The fear of ‘concreting over the countryside’ and doubling the population of Oxfordshire.  There was no appreciation of the longer timescales, over 35-50 years towns will high employment growth will double in size, like Swindon has (1.7% growth a year), Oxford has grown 1.1% a year, but well below Cambridge 1.45% a year, and too slowly to prevent severe problems of stifling economic growth and creating major problems of unaffordability.

Most villages, other than the strictest protected conservation villages, have doubles in size over 50 years.  This is normal, this is England.  The issue is where and how, if well done, in Garden Communities for example, you can do this whilst only losing a small percentage 1-2% of your greenfield areas.

Yet when locations are unknown it is impossible to argue that the impact will be minimised because it wont be in your backyard it could be in anyone and everyone’s backyard.  This is what we have in Oxfordshire now.  A fear of highway based expansion everywhere which leads otherwise ‘progressive’ forces to seek to block development.  In Uttlesford and South Cambridgeshire there was not this head of steam, partially because they had already named there growth locations for the medium term, so the anywhere and everywhere fear didnt apply.  Im sure in Oxforshire you focussed till 2050 100k of growth in a new town at Grove, supported by 4 tracking the line between Swindon, Didcot and Oxford, you would get a lot of opposition in Grove but it completely falling way elsewhere in Oxfordshire, and a clear political majority for that focus (you always do with focussed growth in a Local Plan, its in most cllrs interest).

So what we are seeing in South Oxfordshire is a temporary sanity spasm caused by the Governments inept handing of the Arc and the fear of anything everwhere.

If you fear anything everwhere pull your finger out and get on with the local plan.