Barcelona has pioneered the concept of car-free superblocks in its City centre. 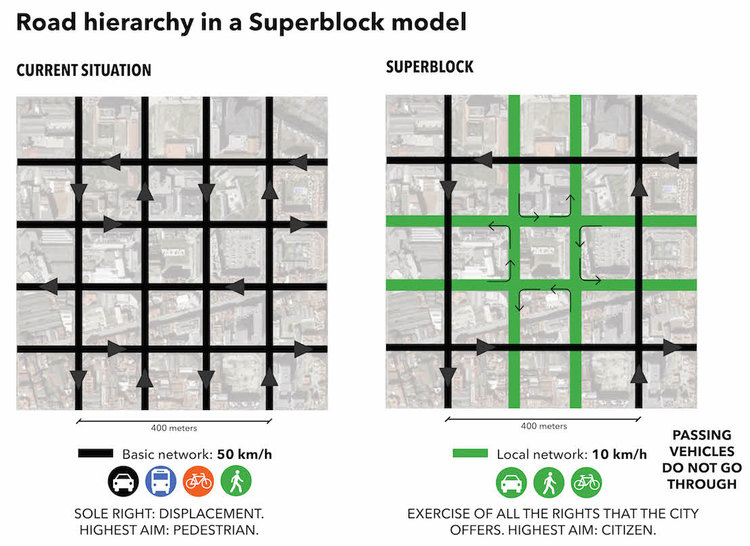 The basic concept being that through traffic is only permitted on a few grid roads, within the superblocks ‘filtered permeability’ applies with no through car traffic and priority to  pedestrians and cyclists.

We learn this week that Melbourne is looking to adopt a similar scheme.  The new Spanish government is looking to do this in all major cities for air quality reasons.

The City Centre in England with the strongest gridded pattern in Manchester.  In teh City yesterday was thinking on St peters Street, why is there through traffic, there is nowhere to park in this whole superblock?  Yes there needs to be access to the big hotels for taxis but that can be manged, as can bus access; by induction bollards for example. There is no need for through traffic.

Manchester has pedestrian areas, such as Piccadilly and Market Street and St Peters Sqaure and by GMEX, but they don’t link up.  It is streets between them, such as Deasgate and Cross Street that seem to be struggling. 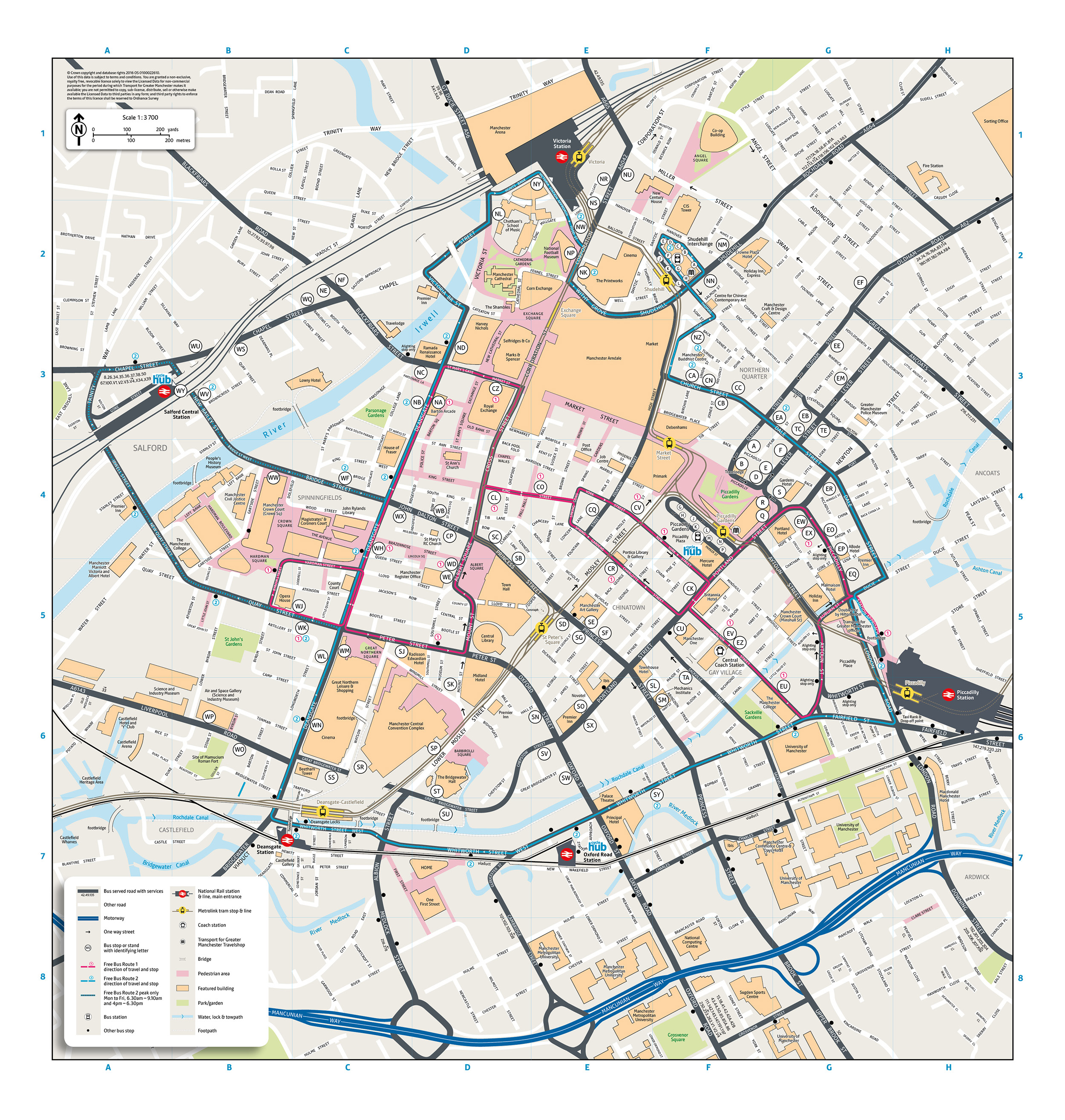 So heres a rough plan.  It should be possible to penetrate into the city centre from the ring road but not pass through it unless you are a bus, walker or cyclist.  Access should only be main car parks like Arndale and specialist areas like parking for Chinatown.  All other car parks north of Canal street should be removed, quite simply by stopping up orders on the streets that access them.  That includes all NCP car parks other than China Town.   They should be redeveloped for housing, though one central one should be redeveloped as a secure automated cycle park.  Deansgate and Cross Street (north of Peter Street) should be pedestrian, cyclists and buses only (other than Taxi access on Peter Street), with the area between them the first ‘Super Block’.

It should no longer be possible to drive east west- west east from Bridge Street-Princess Street or Peter Street- Quat Street.

The route from Piccadilly Gardens to Piccadilly Station should be bus, cycle and pedestrian only.

The free bus routes should be extended to all day and should include a service to link the edge of cengre parking areas such as at Ardale to the main cultural attractions such as the Exchange, Bridgewater Hall/GMEX, Chinatown, the Gay Village etc.

The Second phase would be to extend superblocks to Chinatown, the Gay Village, Castelfields, the Northern Quarter and Salford Central.