I was reminded of Colin Buchanan’s 1966 plan for the MHLG for a linear ‘Solent City’ between Southampton and Portsmouth in a tweet reply to me from CPRE Hampshire.

There is some irony there.  Sir Colin was chairman of CPRE from 1980-1985, whilst his Solent City plans drew such fear and opposition locally that Chris Huhne used it frequently on the stump to frighten local into voting for him to stop it well into this century. 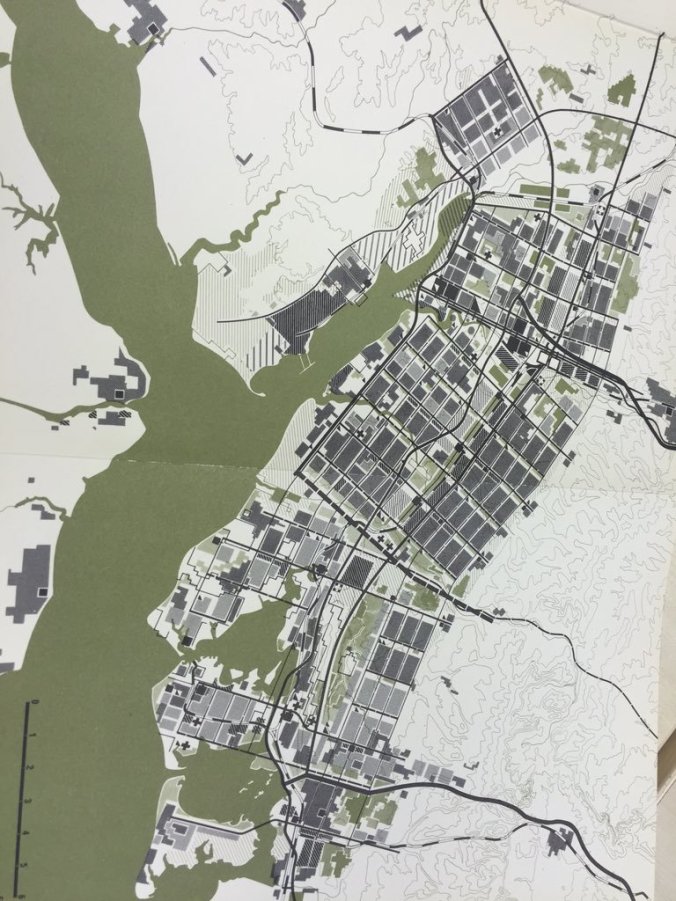 When one compares however his plans and what was actually built in South Hampshire since you would have to prefer his.   As Nick Phelps details in his book An Anatomy of Sprawl

Solent City became Subtopia City, an extremely dense and populous aggregation that emerged without even a figment of town planning.

In the 60s Buchanan was a fount of ideas.  He wasn’t just a transport planner, he also trained and qualified as an architect and was the Ministry of Transport’s planning advisor and the first chief planning inspector (and the last who could design and build a bridge).

His other great unbuilt plan of course was for Maplin airport, and the linear city through Kent to access it through Essex, together with a  city of 600.000.  For a while it was government policy strongly backed by Heath (an airports expert who sat on the CAA committee in the 1940s) – who upon the projects cancellation by Peter Shore stated that the predicable legacy that Heathrow would become the worst airport in the western world.

At the heart of both proposals was Buchanans thinking on urban form and city growth, as set out in the South Hampshire study.

The structure is not fixed or static in size. This was a basic factor in our whole approach to the study of the growth of urban structure, that it should be a structure capable of growth in the future and should never be seen as a complete unit… . It does not result in a fixed static plan

It was Doxiade’s ideas about the big grid, plus his own about movement.

Though he too easily dissed radial concentric growth – which can be combined with a grid as Pedro Ortiz’s work shows- the directional grid has obvious advantages in coastal areas, and in inland areas away from major cities where you have the only major transport stricture of a railway line.  This has particular resonance know with the Oxford-MK-Cambs study and joint strategic plans being prepared for South Essex and South Hants.

Looking back on his ideas.  Yes they were visionary and well ahead of their time.  They were also a product of their time, boundlessly expansionary and expensive and bound to fail in the oil crisis. They relied too much on the motor car and though they included rail improvements it was very secondary.

They also raise an important issue.  Do you show in a plan an end state fixed 15, 30, 35 years ahead, or an endless corridor of growth?  There was enough grid squares in Buchanan’s Solent City plan to show over 100 years of growth.  Which killed it off.  Cities cannot grow forever as the cost of servicing them by infrastructure which keeps everyone able to move becomes prohibitively expensive.

The potential advantages though of a linear city (with green gaps) where geography demands it are undeniable, even more so in a form where the majority of people can commute by public transport, walking and cycling.  Indeed an iron test for strategic plans today is whether they have any conception whatsoever about urban form and sustainable movement – look at the West of England plan for example for how not to do it.