Ill be publishing an analysis soon of housing needs in the quadrant NW of London running from the Greater London Edge all the way to Rugby – broadly speaking the Cambridge MK Oxford Corridor , the London Fringe in this area and the London Stansted Cambridge Corridor.

This will be the most important area for taking overspill from London and Birmingham as it is the least constrained – say compared to Kent and Sussex, and by my claculations will need to take around 50% of London’s overspill (ill explain the methodology in a forthcoming series).

The method we used shows a need for 1.5 (appox) million homes to 2052.  For the whole of Engalnd South of the Midlands the figure is closer to 5 million.  At high density assumptions (2/rds of houses being at least double current tight two storey densities) this equates to an area similar to the West Yorkshire Conurbation; dont get alarmed because of the higher densities it is actually a slowing of the rate of urbanization in the ‘when we last built mass housing’ era 1945-1979 because of the increased densities and smart growth locations. This assumption includes very generous allowances for brownfield development and uplifts of housing completions in London by 20% due to tougher pro density policies in the revised London Plan.

How much of this needs to be in the Green Belt –  16 sqkm, 5.2 sqkm already in draft local plans – for strategic sites (those over around 1,000 dwellings), you can probably double that for slight growth around tightly constrained by GB villages and small towns (that is local growth rather than strategic  growth).  32 sqkm being 5.3% of the optimum urbanisation.  This optimisation placing every single strategic site around a station or Busway/light rail /BRT corridor able to accommodate the majority of trips.

Why so low – well because

Those (like ASI) who have estimated potential in the GB have often failed to estimate land that is unconstrained for other reasons or explain how rail and other capacity will be expanded to cope.

So why not just make it zero and drop the Green Belt altogether?

Because around some key economically important towns, Oxford, Cambridge, St Lbans, Hemel Hempsted there simply isnt much choice than to develop some Green belt sites, though even in these places the potential is limited, they need to stay walkable, cyclable, compact, transit orientated, with views of key landmarks and essential green space settings and recreation areas.

So lets not panic.  The obsession with the Green Belt (its inviolability or otherwise)  is a distraction from the real task, how and where we find sites for 5 millions new homes, mostly outside the Green belt.

Crediton is at least 70 miles from nearest Green Belt 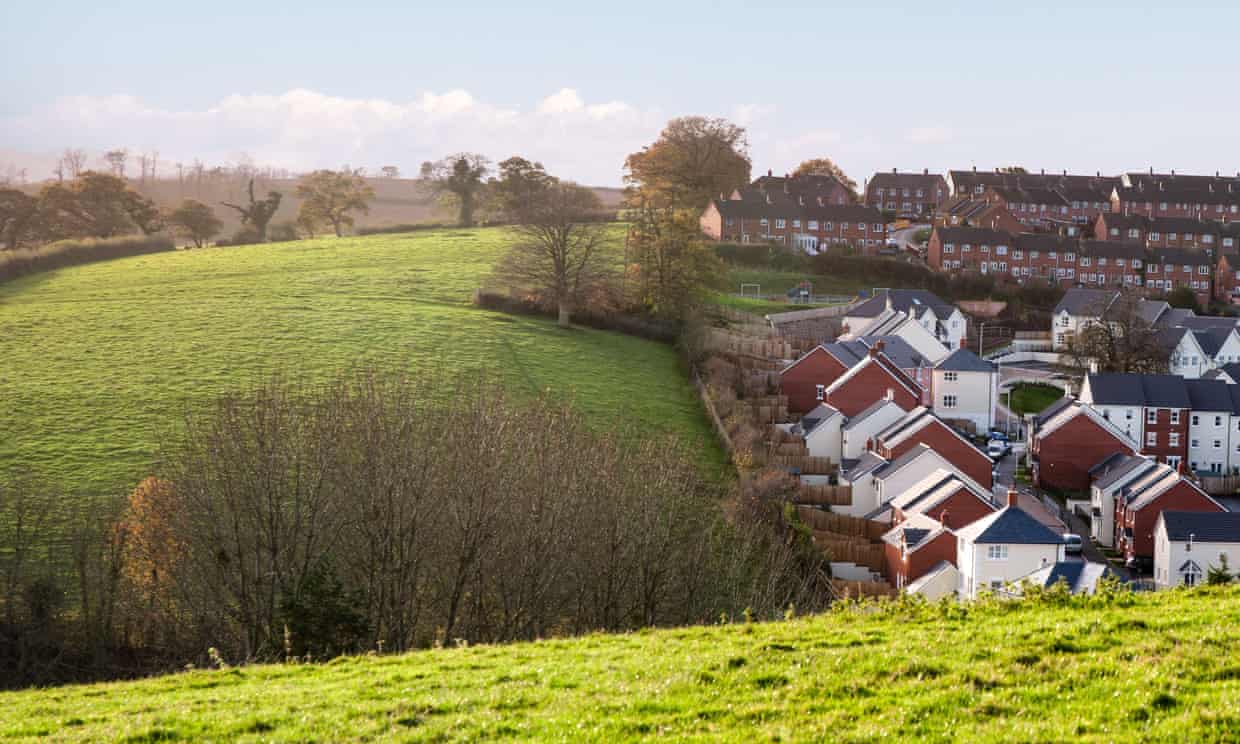 I have provided some useful pictures of land not in the Green Belt to help Telegraph picture editors.