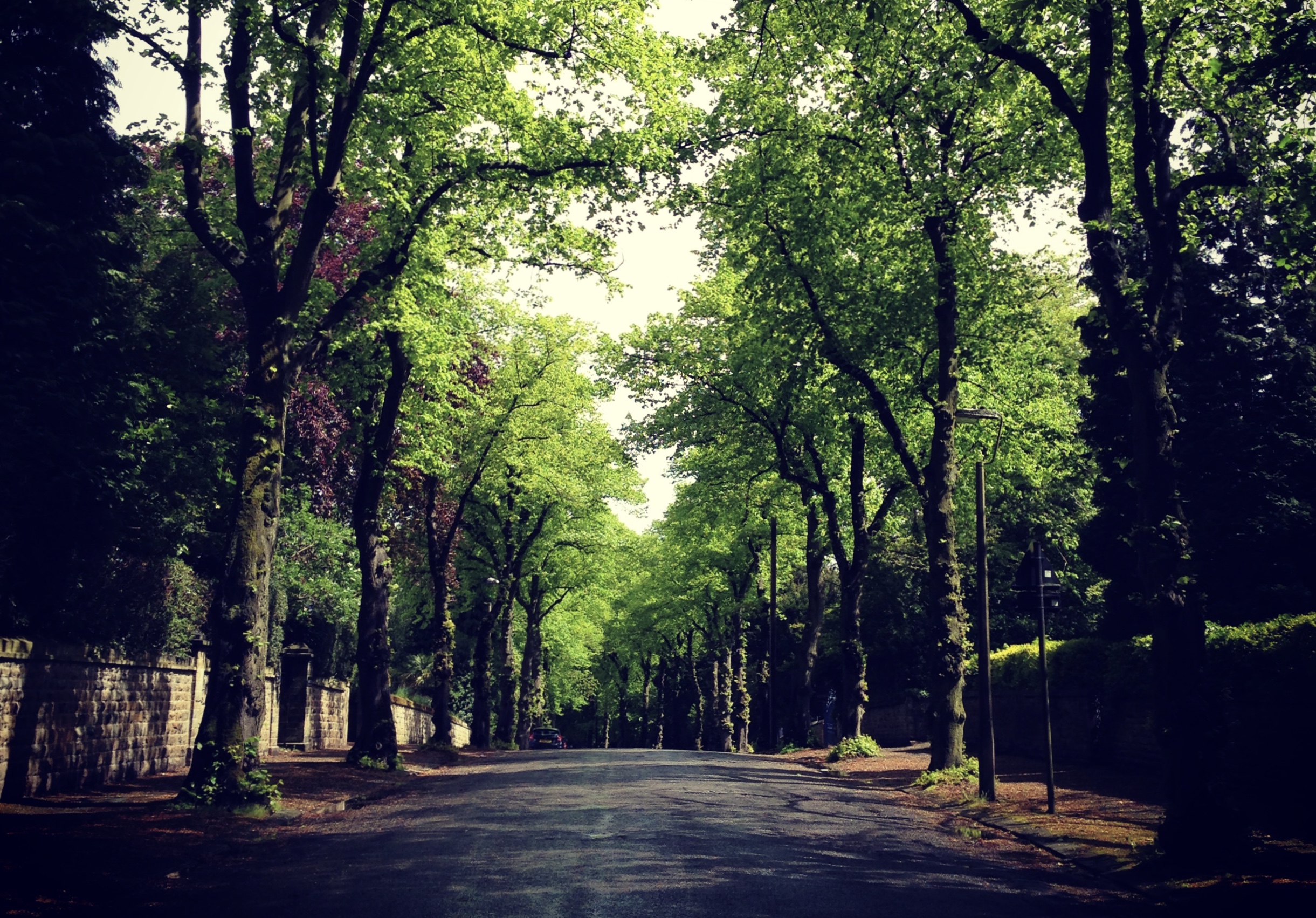 This post is solely designed to be forwarded to National Newspaper Environmental Journalists as it is a huge story that has been missed (with the gallant exception of one small Indy Story).

For the past few months Sheffield has been implementing a highly controversial ‘Streets Ahead’ PFI Project.

Contractors are assessing 36,000 roadside trees on behalf of Sheffield City Council to decide which need to be felled as part of a £2bn improvement” scheme.’ Clearly as part of any such contract some will be dangerous and have ill suited species and will need to be felled and replaced with better suited saplings.  The problem is the scale and choice and where and when to wholesale fell.  The suspicion being it was a cover for cuts over the street tree maintenance programme, after all a felled tree replaced by a sapling is cheaper to maintain and more profitable for the contractor in a badly designed contract. 50% of the cities trees are at risk of felling.

Things have become so heated a protest camp has been set up in  one Park and Sheffield Tree Action founded.  Nick Cleggs involvement in support must have guaranteed media disinterest.

An interesting aspect is their use of crowdfunding (on change.org) to fund a JR of the PFI programme over the lack of consideration of alternatives and environmental impact.  They hot there first btarget in 24hrs.

The JR has been successful.

Yesterday, 5th February, the High Court issued an interim injunction preventing any further felling of street trees in Sheffield pending the outcome of a judicial review. Sheffield City Council have 48 hours to appeal the interim judgement.

The legal action has been brought by Dave Dilner on behalf of Sheffield Tree Action Groups (STAG). Legal services are being provided pro bono (i.e. free of charge). The associated costs have been funded by a phenomenally successful crowdfunding campaign.

On 3rd February Save Nether Edge Trees made a stand at the Full Council Debate, on behalf of the trees of Nether Edge and of the whole city.

They asked the council to cease felling trees, until such time as
– a full Environmental Impact Assessment has been conducted
– and until there has been an open and fair consultation with ALL the residents of Sheffield.

Disappointingly, the council refused to vote on the request and simply said “no” based on the fact that it would cost too much money.

Questions were asked at the debate which remain unanswered:
1. Where is the Environmental Impact Survey?
2. How do we submit evidence to the ‘Independent’ Tree panel?
3. Why is the felling of healthy trees continuing across the city, without an acceptable tree strategy in place, to guide and inform decision making?
4. Why is there so much damage being done to the trunks and roots of our trees, if all Amey staff are supposedly NJUG trained?
5. Why is such poor Amey workmanship continuing to go unsupervised by SCC?

Following the disappointing council meeting, STAG launched a crowdfunding campaign on CrowdJustice to raise funds for a legal case aimed at defending OUR trees. CrowdJustice is a legal crowdfunding site empowering communities to access justice. The money raised will cover the adverse costs exposure, and court fees. The initial target of £5000 was achieved in less than 24 hours: following legal advice this was increased to £7000 which has already been reached. Following this success, to ensure there are adequate contingency funds for further fees, the stretch fund has now increased to £10,000.

The judicial review seeks to ensure a proper environmental assessment of the Streets Ahead programme, and an open, honest and balanced tree management strategy that is not driven by corporate interests and profit margins.

David Dilner is bringing the challenge, and is being given pro bono legal support by top environmental lawyers at the Environmental Law Foundation, and barrister Charles Streeton of Francis Taylor Building.

Please continue to share this petition with your friends, family and interested contacts, keep telling people about the campaign in Sheffield, and join in with further campaign activities. To keep up to date, see Sheffield Tree Action Groups and Save Gleadless Valley Trees on Facebook and Twitter, or see the STAG websitehttp://www.savesheffieldtrees.org.uk

Thanks so much for all of your support so far.

However as the image above shows the issue is a tough one. much of Sheffield has been planted with the wrong species of tree which have been allowed to grow too large and and mangling pavements – Sheffield having some of the worst in the UK, leading to large insurance payouts to nearby houses.  Equally various alternative means of managing root spread have not been considered properly.

The implications of this case are important – how much will local people and local elected representatives and officials have a say on street trees as austerity bites and these kind of contracts become universal.  This is not to say PFI on street works is a bad thing – replacing street lights with LED lights is becoming a global environmental success story.  The issue rather is how the ever controversial issue of the best arborocultural technique to use to manage a mature street stock and how the interests of those living on such streets is transparently managed with the wider public interest.

This image of áfter’ Amey on Humphry Road illustrates the issue.

After 10 years there will be a more modest canopy regrown and the pavement  damage much less, but in those 10 years the residents will completely lose their green canopy and be rightly angry.  Also on that road many trees were felled where there was signs of extensive pavement damage.

There are examples of good practice which Sheffield patently didnt follow.

You could have an Urban Forest strategy – such as this exemplary example from Darbin Vistoria State Aus – and review major pruning and felling against,and with street by street consultation e.g.

Where possible, Council favours retaining and preserving the trees in its urban forest. Street trees will be removed as they fail, become hazardous, decline or exceed their safe useful life expectancy (SULE). In some cases trees may be removed before they appear dead to ensure long-term viability of the urban forest and to allow for successional planting ….No tree should be removed without first undertaking an objective assessment. As part of this assessment, each tree will be assigned a retention value that is based on the desirable and undesirable qualities of each tree and a risk assessment that considers the tree relative to risk are included in this policy. A tree amenity evaluation method is used to place a monetary value on trees when required by Council. Tree Retention Values A tree’s retention status is based on the individual qualities of each tree surveyed and is not biased in favour of particular species or type (for example native opposed to exotic trees, green leaves opposed to purple)

Crown Thinning and Crown Heading Cuts can also be assessed as laternatives to heavy pollarding cuts as we see above.

Topping of trees using stub cuts and heading cuts should not be done for several reasons. Topping reduces the ability of a tree to produce food. Shock and long-term declining health resulting from topping can make a tree more susceptible to insect and disease problems and can lead to its death. By removing the branches that protect a tree’s crown, topping can lead to sun scalding of remaining branches. The stubs and sun scalds resulting from topping cuts are highly vulnerable to insect invasion and the spores and actions of decay fungi. Numerous water sprouts resulting from topping are weakly attached and grow so rapidly that a tree can regain its original height in a short time with a more dense and unwieldy crown. With their natural form and beauty disfigured, topped trees are ugly to most people. Topping can reduce the value of a large ornamental tree by thousands of dollars. Although tree topping may cost less and take less time and knowledge than using reduction cuts (the proper pruning technique), you would be paying for an inferior service.

This requires skilled tree surgeons to make a tree by tree assessment, not poorly trained and cheaply paid guys with yellow jackets and chainsaws forced to work by the work programme.

For those drawing up PFIs – ensure there is a clause – with penalties – to ensure that each tree is assessed and managed according to an agreed standard and there is street by street  consultation with residents so that felling notices dont appear on trees overnight.  Rather Sheffield has conducted a classic PR programme not meaningful community engagement.