When your name is 3.5km across – in Abu Dhabi

One of Iceland’s priorities in rebuilding its economy has been to attract datacentres. The idea being in the Arctic they wont need cooling, but they can get their electricity from geothermal it will be a carbon neutral data centre.

So far this has been held up by a lack of fat pipe fibre. This could be solved by the proposed The Emerald Atlantis cable set to be completed in 2012. Which aims to be the first 100 Gbps, long-haul, undersea fiber cable.

It would follow a great circle route to knock millionenths of a second off transfer times for algorthym driven trading in the City and Wall Street.

But the interesting bit is the branch line to Iceland.

Emerald Atlantis has the financial backing of Wellcome Trust which has already made major investments in Icelandic data centres through its involvement with Verne Global. 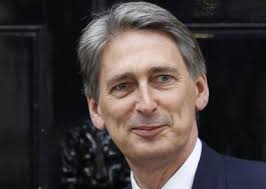 If it did turn out that Andy Coulson conducted a ‘dark ops’ against Civil Servant Tim Byles – prompted or otherwise by Michael Gove in ‘who will rid me of…’ style then it is difficult to see Cameron being able to survive.  As well a whole tranche of Tory ministers would find it impossible to take over because of their association with Coulson, such as George Osbourne.  Jeremy Hunt, once talked of as a potential Tory leader, has not had a good war, seemingly caught in the headlights over issues ‘above my pay grade’.

Who then could take over? The problem is the shortage of Tory ministerial talent, Hague having ‘lost his mojo’, May being over-promoted, Lansley appalling on TV, Fox too right wing, Pickles a joke, Duncan Smith – a good sergeant not a good general, who is left?

It seems at the moment that there is only one minister wheeled out regularly as the Minister for Today and Newsnight – and that is Phillip Hammond.  A calming and rational influence his quiet rise has been rarely acknowledged. He has taken on Nimbys with charm but determinism.   One of the few cabinet ministers with real business experience and previously working as a consultant for the World Bank and the Malawi Government few could claim he lacks the wider credentials.  Typically people with talent only reach high office due to the self destruction of those around them, and this might be such a time.

The other other serious contender who might  throw there hat into the ring is Boris – but if the climax of a crisis was closer to next May’s Mayoral elections this would be impossible.  Hammond needs to hope his luck holds old.

Who was the ‘senior public servent’ who Nicholas Rainsford in the Commons hinted strongly was targetted in News of the World style phone hacking ‘at the same time’ Andy Coulson was Director of Communications at Number 10.

After many rumours the Telegraph has named him as Tim Byles, he former head of Partnerships for Schools.

Yesterday, a Department for Education spokesman confirmed that Mr Byles had raised concerns about “phone tampering” and calls when “no one actually spoke to him”.

It and the  BBC reports that Byles was reportedly targeted last summer, at the same time as media reports blamed him for Michael Gove repeatedly issuing incorrect lists of schools affected by the scrapping of the Building Schools for the Future Mr Byles denied he was to blame.  The Department for education being  told it just wasn’t possible to produce details with the degree of accuracy they wanted.

Education Secretary Michael Gove had criticised BSF for spending £250m on projects before a brick was even laid. But chief executive of Partnerships for Schools (PfS) Tim Byles told the Commons Education Committee the problems were created by the need to comply with EU aggregate procurement standards – demanding two designs were planned “through to fine detail” for each project before a local authority was able to choose a winning bid.  This is at least partially true (though there were other procurement options) but was inconvenient to Gove.  Free Schools and Academics would be responsible for building there own schools, with direct grants in the main rather than borrowing, hence the priority given to them, even though this mean only meeting a tiny part of the overall need for new and upgraded schools.

The Daily Telegraph reports Byles voiced his concerns to a former Labour minister (presumably Rainsford), amid claims the negative media reports around him had been orchestrated by David Cameron’s former spin doctor Andy Coulson.

Byles is said to have claimed his phone had been hacked, his rubbish had been stolen and that he was placed under surveillance.  Two Sunday newspapers are said to have revealed that they were given a government dossier showing information on what Byles earned as well as details of alleged wasteful spending

Sir Gus Mc Donnell – in a letter to Mr Raynsford – says “at no point did the individual mention covert surveillance to that Department [education] or to me No 10 special advisers in his concern about phone tampering”.

Mr Raynsford later rejected suggestions by Sir Gus that the concerns about phone hacking were the result of a “genuine misunderstanding”.

He told the BBC he could not reveal who the official was, but that what had happened had been “disgraceful”- and had included people rifling through the official’s rubbish.

Two Sunday papers claimed to have been passed a government dossier with details of Byles’s salary and details of wasteful spending.

Sir David Bell, the senior civil servant at the the department for education, has written to Sir Gus O’Donnell, the Cabinet Secretary, to say that Byles “suspected his mobile phone had been tampered with for the purposes of intercepting calls”.

Gove has been briefing against Byles as recently as this month to the Daily Mail.

Excellent news the market leading but ferociously expensive GIS software will now be available for $100/ a year, ‘for existing ArcGIS users who want to use the same powerful software at home for noncommercial personal use and for individuals who want to expand their GIS skills.’  It also includes the key extensions i.e.

A question arises if you use it at work can you use it at home for work purposes?  Although the licence doesn’t cover this many of the licences are being sold through workplaces so it would seem that ESRI are taking a pragmatic stance.  Now a lot of people will be able to work part time from home without their companies having to buy two licences or running complex virtual desktops (as slow as hell) in order to make use of floating licences.
In sure ESRI have realised that 10s of thousands of students, private researchers etc are using prirated versions anyway and these people will become GIS evangelists when entering companies, which is where ESRI make their real money.  It is effectively using almost an appstore model for this segment (well for an app that uses up a whole DVD
Details here.