One of the most striking changes in the property market is the flood of money into London, from the international super-rich, to housing of extraordinary size and luxury. The trend of course was started by the Candy Brothers at One Hyde Park. These flats are largely a store of value in troubles times (like Gold), and the flats may only be lived in a few weeks a year if at all.

·New prime residential development of circa 9,000 units, worth in the order of £21 billion is currently on site or planned for delivery in central London in the period up to 2020

There is clear evidence of a ‘feeding frenzy’ for prime London residential sites which have led to a spate of land deals failing to complete or coming back to market, due to a fundamental misalignment of land prices relative to achievable sales value and cost to deliver. High profile examples include the In & Out Club in Piccadilly, 10 Trinity Square, Alpha Place, The Glebe School and 20 Grosvenor Square….
in many cases the assumption is that the associated market demand will be insatiable, indiscriminate and unchanged three years from now.

Another Bubble Brewing? The scale of real estate investment is twice that of the Olympics, for only 9,000 units!

An Article at Co-Generation news is generating discussion in sustainability circles.

A strategic problem with heat networks is that there is a plan to reduce their business case by about 50 per cent over the next 30 years, known as the Green Deal. We need to reduce our heating demand by this much if we are to have any chance at reducing our CO2 emissions from heating systems. Heat networks provide a flexible mechanism for delivering heat, but if they don’t need to deliver so much heat, are they worth the effort and would our investment be better directed elsewhere?

It is right to question whether superinsultated homes (such as Passivhaus) need full heating. But there are many examples on the continent of superinsulted schemes with district hot water systems only (which can be used as back up heating in very cold weather).

The US National Park Service is giving away 12 amazing historic lighthouses, under the terms of the The National Historic Lighthouse Preservation Act of 2000.

They are available at no cost to federal agencies, state and local governments, nonprofit corporations, educational agencies, and community development organizations. These must agree to comply with conditions set forth in the act, and be financially able to maintain the historic lighthouse. They must make the station available for education, park, recreation, cultural or historic preservation purposes for the general public at reasonable times and under reasonable conditions.

Here are some of the lighthouses available. 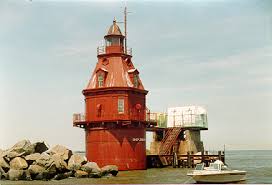 One approach is to delist the insolvent banks completely, and remove what is the bank debt off the sovereign debt.In many countries, including my own country of Ireland, and Portugal and Greece, part of the issue is that the bank debt, the insolvency of the banks, has been wrapped inside what is effectively public sector debt.If we can separate that, one clear solution would be to delist the banks completely and stop trading in their shares on the European stock market.

It is very dramatic, but we can do it.We can do it with private sector companies all the time.There are debt obligations we can put in place.I cannot see why we cannot do the same for what is sovereign debt.But Europe is afraid of what effectively would be a default.But the solution to wait until 2013 is too long in my view.